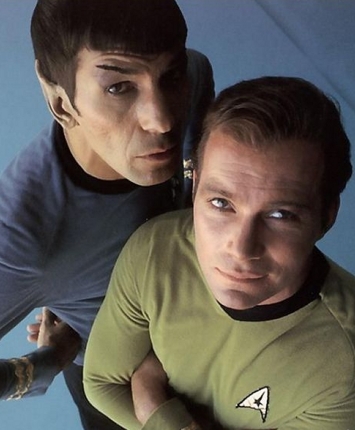 In our premiere episode, Mike and Casey are joined by Ask an Atheist‘s Sam Mulvey, and Chris Walker of the Backroom Comics Podcast to tip geekdom’s sacred cow, Star Trek.

We discuss men wearing skirts, sexy techno-babble exposition, and the sinister underpinnings of the United Federation of Planets.