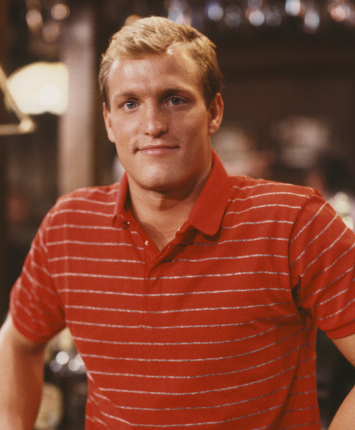 Mike returns to Ryan Daly‘s Cheers Cast, for a chat about the eleventh episode of Cheers‘ fifth season, “The Book of Samuel.”

When Sam goes on vacation, Woody is chosen to manage the bar in his absence. But he’s floored when he receives a letter from his old girlfriend in Indiana, announcing that she’s now engaged to someone else…and will be coming to Cheers to give him the news in person. Seeing that Woody is afraid to look pathetic in front of his ex and her new fiancee, Diane lies and says that Woody has been dating someone too. Now roped into a double date, Woody turns to Sam’s little black book for a fake girlfriend.  Only too late  does he realize– that he’s on a date with Sam’s cleaning lady.