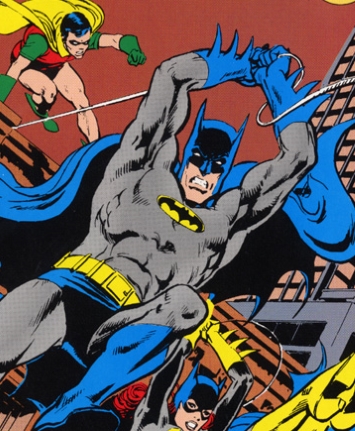 Criminals are superstitious and cowardly lot, so Mike and Casey are joined in the Batcave to compare case notes with our friend Pól Rua, and first-time panelist, Joe Preti of the View from the Gutters podcast. Our topic, DC Comics’ Caped Crusader, Batman.

We dig into the character’s ridiculous versatility and unique ability to upend the normal rules for the suspension of disbelief. From the campy do-goodery of Adam West to Frank Miller’s dark avenger of the night, we discuss the wide range of tone and genre that the character has had in his seven decades of publication.

This is the podcast you deserve, but maybe not the one you need right now.

“The Batman Theme” from Batman by Danny Elfman