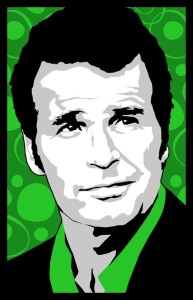 Mike Gillis is a podcaster, an aspiring professional geek, former political roustabout, and comic book fanatic. He also used to co-host the Mike and Pól Save the Universe! comic book podcast, and is a co-creator of the Ask an Atheist radio show.

He geeks out for comic books, superheroes, the Planet of the Apes, so-bad-they’re-good action and sci-fi movies, the band Queen, the Venture Bros., the Rockford Files, and Mystery Science Theater 3000.

Don’t get him started about the problems with the movie Prometheus, Zack Snyder’s Man of Steel, Garfield’s inexplicable change into a biped, or his giant man-crush on James Garner. 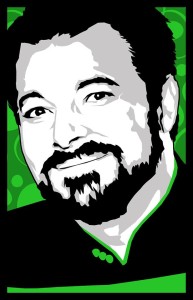 Casey Doran is an aspiring Harry Selden, a psycho-historian planning for the future of the Empire. When not cramming for a discussion panel, he works as an IT pistolero for his day job, chips away at a speculative fiction novel and is teaching his infant son percussion with rhythmic spankings.

Aside from All-Things-Trek, he geeks out for retro and indie gaming, 19th century Japanese history, American cinema (who doesn’t?), sci-fi literature, and the philosophy of Epistemology.

Don’t get him started on supernatural horror movies that are “based on true story,” or those asshats who say “It’s only a movie!” 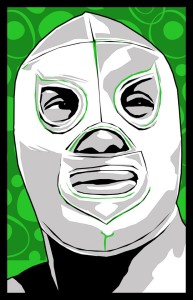 Pól Rua is a comics retailer, podcaster and full-time multi-purpose nerd. He is a former co-host of the Mike and Pól Save the Universe! comic book podcast with Mike Gillis, and spends his days slinging funnybooks at Ace Comics & Games in Brisbane, Australia.

He geeks out for pulp adventure fiction, superheroes, Twin Peaks, Magical Kung Fu movies and anything which involves Mexican Wrestlers battling the forces of evil.

Don’t get him started about modern DC comics, David Tennant’s tenure as The Doctor, or Star Trek: The Next Generation. 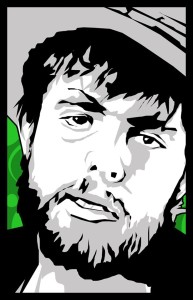 Sam Mulvey is the host and producer for the Ask an Atheist radio show, and the President of Humanists of Washington. In addition to atheism and humanism, Sam has spoken about open source software and community media.

He geeks out for brewing beer and ham radio. In the Star Trek or Star Wars dichotomy, Sam chose Babylon 5. He is a collector of vinegar varieties, vintage computers, antique radios, and propaganda.

Don’t get him started about Star Trek: Deep Space Nine. 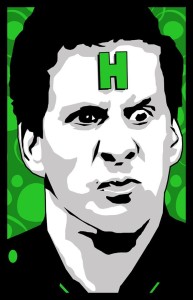 Roslyn Townsend is an aspiring screenwriter, actor, comedian, human, sanitation engineer and small dog. She doesn’t know how to read, but makes fairly accurate guesses at what words are. She can be found at home, looking for excuses to sputter and fume at the internet.

She geeks out over cartoons, history, linguistics and ridiculously epic music.

Don’t get her started about people who say “un-plug your TV/computer/other form of technology.” 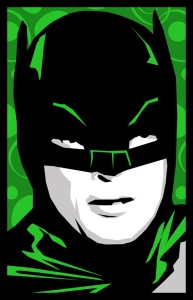 Greg Hatcher is a writer, teacher, and occasional commercial artist. Currently, he writes a weekly pop culture and comics column for Comic Book Resources as part of the “Comics Should Be Good!” group blog. He also writes “new pulp” adventure stories for Airship 27. He also teaches a comics and writing program in Seattle middle schools for the last couple of decades.

Don’t get him started about entitled fan-rage, or how modern superhero comics publishers have abandoned their legacy as mass entertainment for all ages in order to cater exclusively to a tiny hobbyist population of whiny man-children. 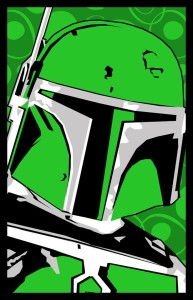 Ryan Chaddock is a programmer, wine steward, and role-playing game writer/designer with a degree in applied economics and public policy. His company, Ryan Chaddock Games, publishes licensed material for Monte Cook’s new science fantasy role-playing game: Numenera. He’s helped run a Vampire: the Masquerade LARP for the last decade or so and enjoys all kinds of politics (both real and imagined).

He geeks out on role-playing, Star Wars, MMO’s, miniatures painting, board games, and macroeconomics.

Don’t get him started on fantasy racism or leaving your trash behind at the movie theater. 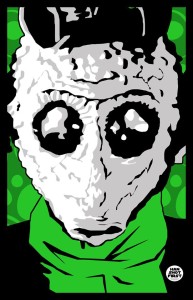 Todd Maxfield-Matsumoto is a member of the 501st Legion, an expert on Sea-Monkeys, and a proud father of three Jawas. He used to tour with the band Joker’s Poem but now enjoys covering music from Disneyland rides exclusively. He once wrestled a reindeer. It was a draw.

He geeks out about guitar effect pedals and film-accurate Star Wars costumes.

Don’t get him started about podcasts. 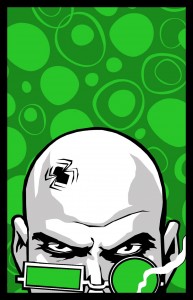 Joe “Kuma” Preti was born with the brain of an evil genius and the heart of Fozzie the Bear. Legend has it that he is a co-founder and host of the podcast View from the Gutters. He is a sucker for comic books, good beer, and food of almost any sort. There is also a persistant, but unverified, rumor that he is a bear that has learned the ways of man.

He geeks out for superhero fights, old movies, and is generally a pop culture junkie of the lowest sort. He also knows a thing or two about jazz, and enjoys conversations about films, old and new.

Don’t get him started on sexism in modern comic books, how Christopher Nolan dropped the ball on the Batman movies, or how Harry Potter is an awful protagonist. 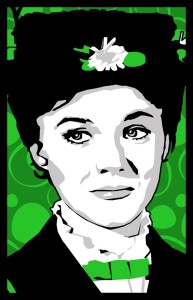 Rebecca Friedman is the assistant producer for the Ask An Atheist radio show and coordinates kids’ science and philosophy programming for Camp Quest Northwest.  She lives with Sam Mulvey and their two enormous cats. También es maestra de español.

She geeks out for Doctor Who, sociolinguistics, Adventure Time, tea, the regularity of Spanish orthography, and education.

Don’t get her started about teachers who dislike children. 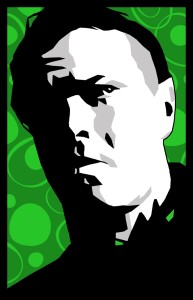 Rob Kelly is a writer, artist, and comics historian. He co-hosts the Fire and Water Podcast, is the creator and editor of the world famous (no, really), Aquaman Shrine website, and the creator and editor of the book, Hey Kids, Comics!: True-Life Tales From the Spinner Rack.
He geeks out for anything by Bob Dylan, Orson Welles, or Albert Brooks. (He is still holding out hope for that missing Magnificent Ambersons ending).
Don’t get him started on Van Helsing, 90s era Aquaman, or the Affordable Care Act. 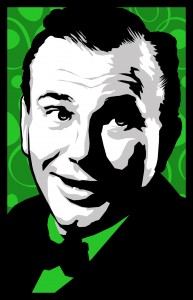 Carlos Rodela is  a producer/host/editor/podcaster who never seems to sleep. He enjoys cooking his own tacos (flash fried corn tortillas!), and video games.
He’s worked for places like Gamespot and PC World, once interviewed Snoop Dogg, and created his own Cable TV show (about ..what else? video games).He geeks out for RPGs (namely the Witcher – which has cost him roughly 300 hours of his life), UFC, indie games, chocolate anything, and the Walking Dead.Don’t evennnn get him started about TurboGrafx16… He’ll be talking for awhile. 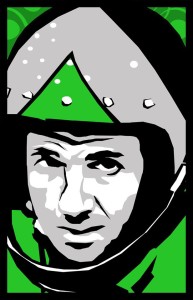 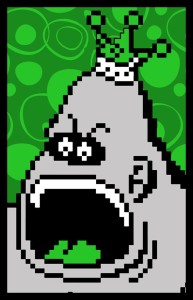 Nathan Martin is co-founder and co-showrunner for the Seattle Retro Gaming Expo, and creator/host of The Question Block Video Game Pub Quiz. He currently works at Microsoft as part of the Xbox team.

He geeks out over all things retro and classic gaming, Neal Stephenson, ska, house, and Japanese bubble gum.

Don’t get him started on DRM, explosions and other sounds in space, pedestrians who think they own the road, or people who use more than one paper towel to dry their hands, you won’t like it. 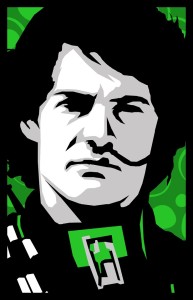 Patrick Johnson is a vagrant we found wandering along the side of the road.

Don’t get him started on US copyright law, the war crimes of George Lucas, or the word “decimate.” 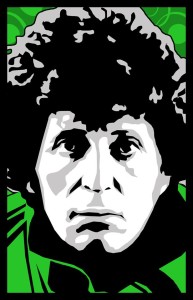 Micah Krabill is a bag of mostly water, a confidant of Rassilon, a seer of the pink laser, a fledgling father, and often a Senior Product Manager for Kindle. His favorite authors include Philip K. Dick, James Joyce, Williams Shakespeare, Neal Stephenson, Gabriel Garcia Marquez and John Steinbeck. He’s never been published (self-published or otherwise), but he has written and aspires to do so again once he completes his current creative omphaloskepsis cycle.

He geeks out for colorful Adidas shoes, quality sci-fi in any form, the Beastie Boys, non-boring Euro-style worker placement board games, the Seattle Seahawks, Doctor Who, and great food.

Don’t get him started about bicyclists who don’t follow the rules of the road, drivers who don’t understand unmarked intersections, restaurants with crappy service, dogs in the workplace, or those ridiculous footglove “shoes.” 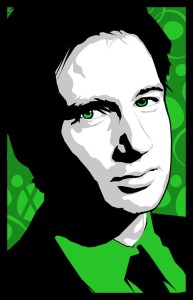 Scott Kramer is a professional sound designer for films and television (the Expendables, Twilight Saga: Eclipse, Transparent), who resides in Venice, California. When not making sounds, he enjoys mountain biking, hiking, road trips, long walks on the beach, and hand-holding.

He geeks out primarily for the X-Files, and Star Trek the Next Generation, Terence Malick and any really slow films and television about feelings.

Don’t get him started on the American Telecom Industry, or the current state of the film business. 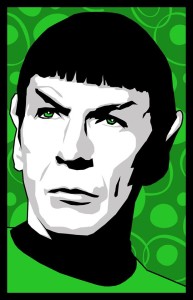 Christopher Walker is a podcaster, a self-confessed Trekkie, board game junkie, and nerd-of-all-trades. He’s a regular contributor to BJ Shea’s Geek Nation, and spends his free time trying to write comic books, playing in a semi-regular Pathfinder group, and posting YouTube videos of his nerdier endeavors.

He geeks out for comic books, all things Trek, Game of Thrones, Futurama, and the musical stylings of They Might Be Giants.

Don’t get him started about the uselessness of the dime, the coarse inelegance of playing a lot of green and red in Magic: the Gathering, or the difference between Trekkies and Trekkers (spoiler alert: there is none). 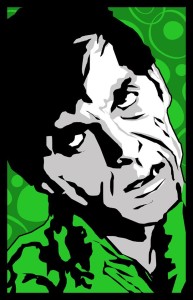 Ian Gould is the General Manager of Ace Comics & Games in Brisbane, Australia. He finds himself an exceptionally dull topic.

Ian geeks out for comics of the 60’s, 70’s and 80’s; classic science fiction and the works of Alan Moore.

Don’t even get him started on the New 52 or Before Watchmen. 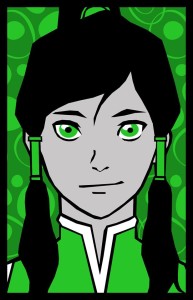 Lauren Montgomery is a story artist working primarily in TV action adventure animation, an avid toy collector, and a big fan of cheese…. The food. She directed an animated Wonder Woman film for DC/Warner Bros., as well as Green Lantern: First Flight, and Justice League: Doom. She also co-directed Batman: Year One, and is the supervising producer on Nickelodeon’s Legend of Korra.

Beyond her animation interests, she geeks out for toys, video games, Disneyland, and most other things related to childhood and immaturity.

Don’t get her started on the gross lack of realistically depicted female characters in film, specifically animation. Unless you want a whole lot of harpy screeching coming your way. 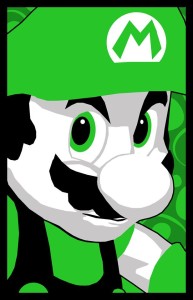 Bob Mackey is a game critic, podcast producer, and general enthusiast of all things obscure and/or nerdy. He’s written for just about every website that focuses on video games (more or less), but you can check out most of his current work at US Gamer or Something Awful. Bob also co-hosts the weekly classic gaming podcast Retronauts, a fan-backed venture that’s been produced semi-regularly since 2006.

He geeks out for video games (mostly Japanese and retro), Mystery Science Theater 3000 and its many related riff-based projects, really good beer, and numerous other interests that are the direct result of a latchkey childhood.

Don’t get him started about that David Cage guy! 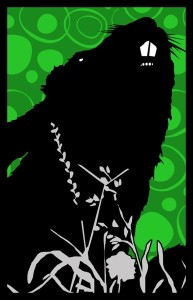 Libbie Grant is an author of historical and literary fiction from Seattle, Washington. Her novels include Baptism for the Dead, the Sekhmet Bed and Sovereign of Stars.

She geeks out on ancient Egypt, the writings of George R. R. Martin and sci-fi in print (not film) form, the nerdliest of the sci-fi nerderies.

Don’t even get her started on zombies. Seriously. 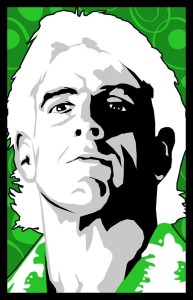 Rich Lyons is a former United Pentecostal Church pastor with 20 years in the ministry. In 2004 he left that ministry and began a tumultuous deconversion journey. He shared these experiences on his Living After Faith podcast. Once the 20-year self-imposed quarantine on popular culture was lifted, Rich discovered fulfillment in the world of frivolity.

He geeks out on trippy photography, pro wrestling, getting caught up on two decades worth of film, and Lady Gaga.

Don’t get him started on puritanical prohibition.

3 thoughts on “Our Panelists”