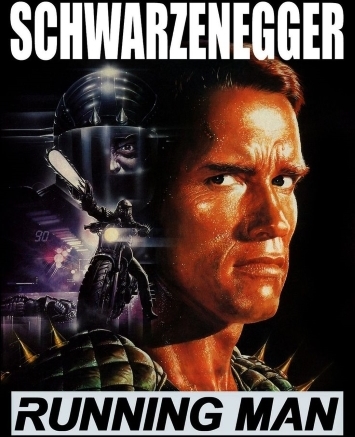 “A game nobody survives. But Schwarzenegger has yet to play.”

Mike and Casey are proud to be joined by Greg Hatcher of Comic Book Resources’ Comics Should Be Good! blog, to talk about a 1987 science fiction classic from the height of Arnold’s cinematic career: The Running Man.

The year is 2019. American is governed by a fascist dictatorship that uses television to keep the populace docile. The most popular game show is “the Running Man,” where criminals and dissidents are forced to flee from murderous, costumed gladiators to win their freedom — and their lives. Its newest contestant is a certain Austrian man-mountain, framed for a crime he didn’t commit.

These guys are totally fucked.